Crossrunners
Qimarox Crossrunners are an ideal solution for in-line placing of multiple palletisers. Thanks to the unique design, a single roller conveyor is sufficient to feed pallets in and out for multiple machines operating in machines. The products are supplied by means of a feed belt that is placed on left or right side of the formation location. To do so the machine has a built-in buffer, where each formed row remains until a layer is complete. By depositing an entire layer at a time, the Highrunner mk7 needs to make fewer movements. This saves time, increasing the capacity when compared to other palletising systems. 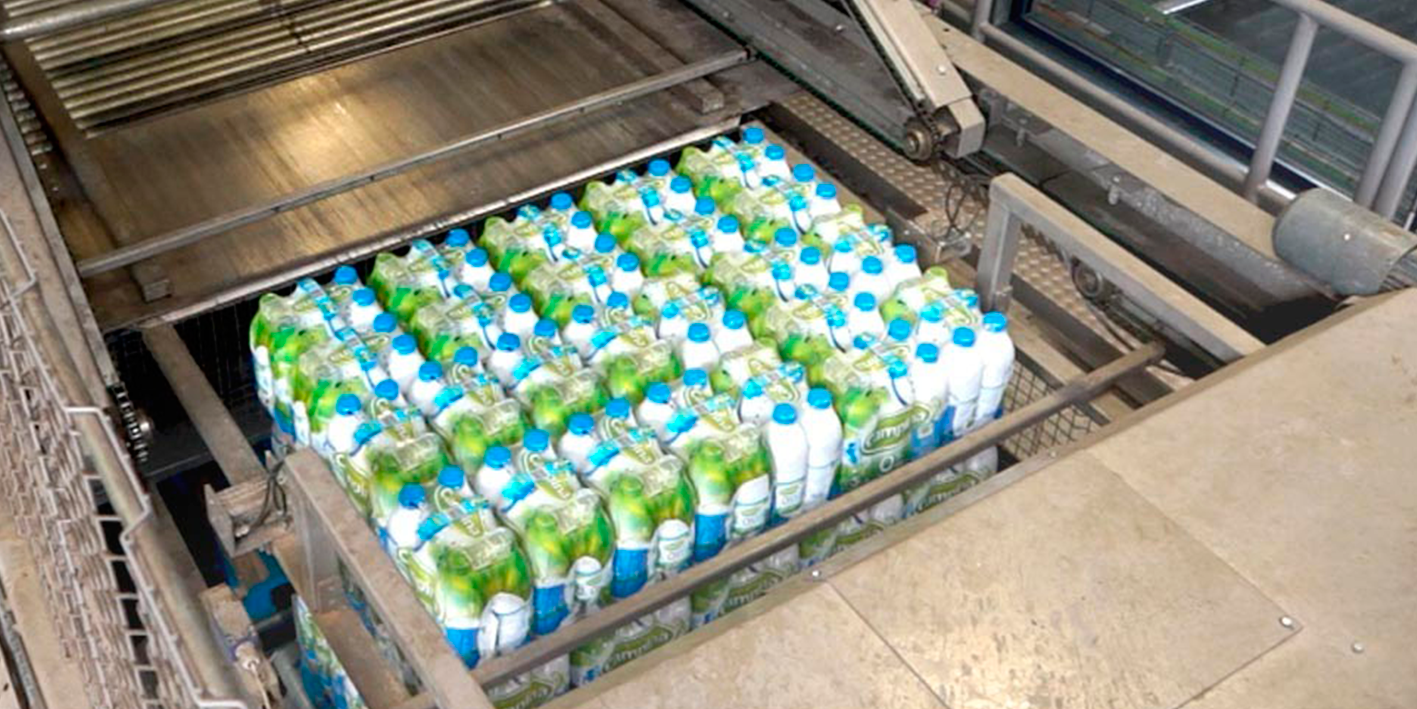